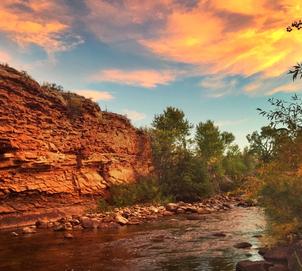 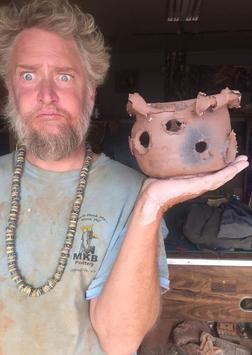 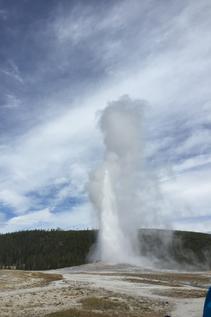 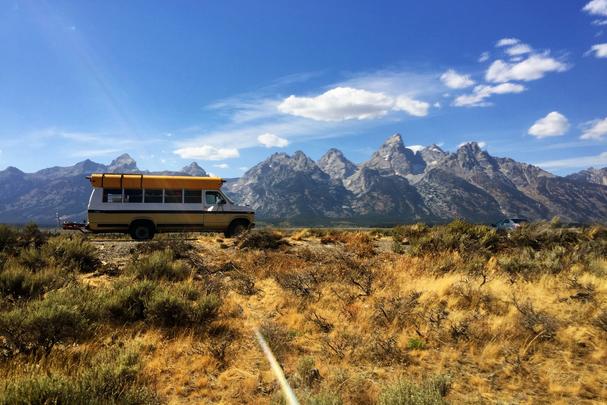 I said goodbye to Matt near the border of Colorado, and he headed back to Jackson to keep fishing while I kept going south to Colorado. Before I met Matt I used to think fishing was boring. After fishing in such beautiful areas, I started to think why he loved fishing so much. Maybe it wasn't always about catching fish to me anymore. I got the opportunity to camp and explore remote wilderness searching for a fishing spot. It was always just me and Matt there, no other people going fishing that remote. I would have never seen such beautiful places just passing through. Spending time out in nature is good medicine. There is a special tranquility about being on the water, with no one around but a beer and a friend. 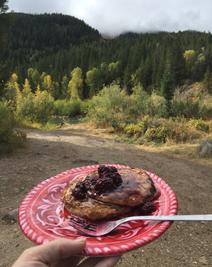 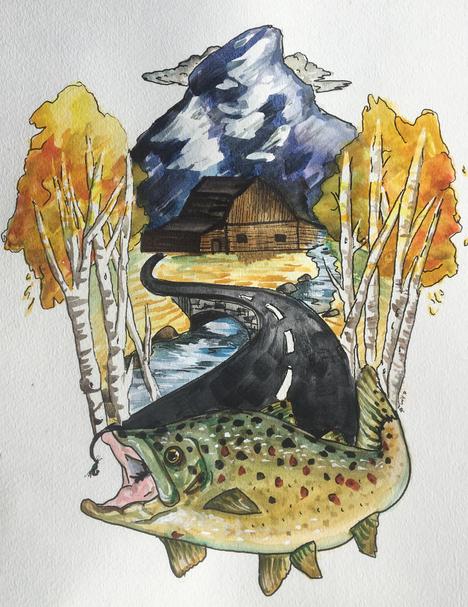 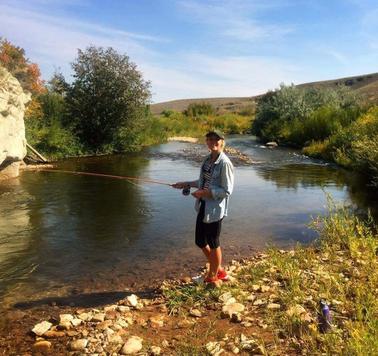 Entering into Wyoming was a breath of fresh air. Driving over the Teton pass on the 22 highway was a real challenge with the school bus though, it was tough to go fast enough going over mountain passes. Once arriving in Jackson,Wyoming I got to meet up with an friend from college, Kelsey, who gave me all the information I needed to go to Yellowstone that day. I drove all the way through the Tetons to the south gate of Yellowstone only to be turned around. The south gate was closed due to a natural forest fire. I was forced to head back to Jackson, which worked out in my favor because that's where I meet Matt.

Though Yellowstone was amazing, I favored the Teton's beauty, and the experiences I had there fishing were superior to driving around Yellowstone. After exploring Yellowstone and retrieving the bus from the shop, I headed south towards Colorado. Matt drove along with me and camped with me. We kept fishing along the way. It took an entire week for me to catch my first fish, a brown trout. Matt was a patient teacher, and we ended up throwing the fish back into the water. We came across small towns like Dubois, welcoming you in with a the first "Make America Great Again" sign I had ever seen, right underneath the citie's official welcome sign. Matt and I went to a town called Jeffery City, with a population of 40. Jeffery City had a building with pottery for sale, and the man who makes them is an interesting character to say the least. He let us make clay pots and while the clay was still wet, we brought the pots out back and with a 22 cal gun, shoot big holes in them. In Jeffery City, we also got a trespassing tour by another local man of an abandoned uranium mine. 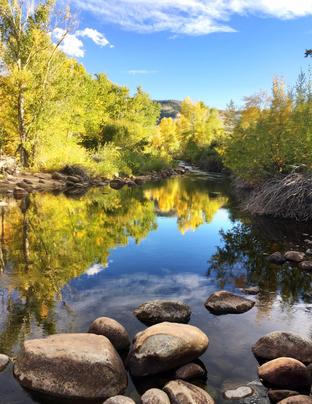 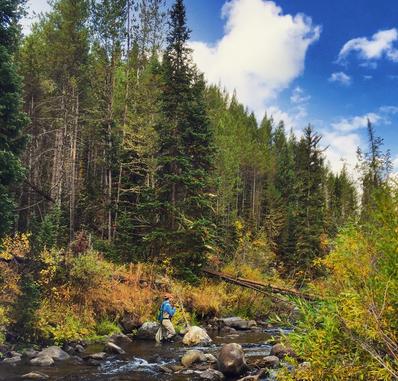 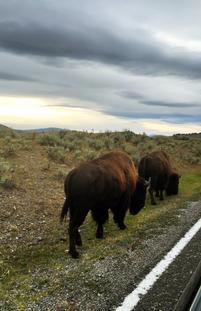 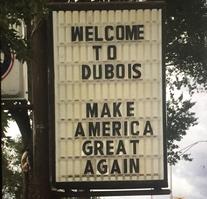 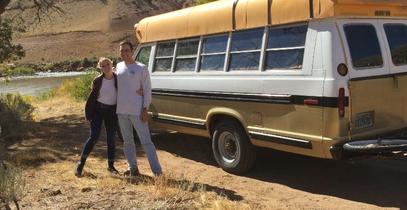 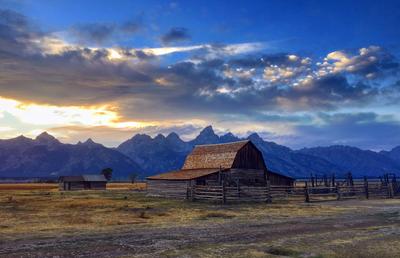 I meet Matt at a Coffee shop in Jackson. We started to chat and realized we were both living out of our vehicles, wandering around. Matt was a fly fisherman from Texas. I ended up camping with him that night, the next day cooking pancakes for both of us for breakfast. Matt offered to teach me to fly fish. We ended up fishing together for the next week. We fished during the day, and when the sun went down, we could head into Jackson and go to bars with my college friend Kelsey. We fished a few different spots together. A few days later we tried for Yellowstone again. Bad luck though, bus broke down in the exact same spot by the south gate that I got turned around last time. So while the bus was in the shop, Matt and I took his car up there and hit up all the popular Yellowstone spots. 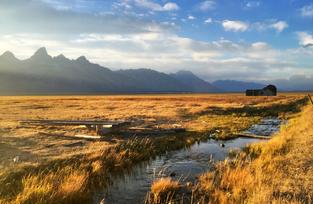