Though these states were smaller, they were equally as exciting as the rest, but a quicker area to cover. Often times in New England I would park for the night once it was dark, not knowing the surrounding area, just a random rest stop or something, and wake up next to a beautiful forest or a lake, pleasantly surprised almost every time. I went into Philadelphia for a day, went to some markets and a Pizza shop called Rosa's Pizza. Rosa's Fresh Pizza lets you buy as much pizza as you want, a dollar a slice, and you can buy pizza for a stranger in need. You pay for the dollar slice, you're given a sticker note to write a note on and then put it on the wall. Each sticky note is a voucher for a free slice of pizza for a hungry stranger.

Another wonderful encounter I had was in Connecticut. I parked on Mohican Native land in a parking lot overlooking a lake, a really gorgeous spot. Another large camper was there, and I parked next to it. In that camper was a friendly couple, Cami, her husband, and their puppy. They invited me to sit by them and made countless margaritas. We had a great evening watching a strawberry moonrise with our strawberry margaritas. The next day they kindly took me down to a breakfast buffet at the Mohican casino. We gambled a little bit after breakfast, not just the penny slots, and they said goodbyes! Really, the bus was a the main reason why I got to meet so many people. It's a conversation starter, ice breaker and now full of fun stories. That night at the Mohican casino, I slept overlooking the lake which was so wonderful. I fell asleep with my back doors wide open and woke up to the sun rising, a camp that will forever be in my memory, the cool breeze blowing through at night, and the first rays of light warming me up. 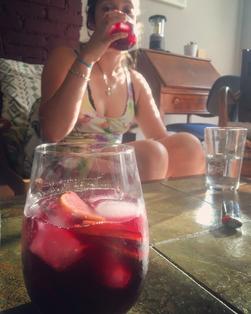 It sure was hard to leave upstate New York. In Rhode Island I made a tough decision and put the bus up for sale on Craigslist. While at a Starbucks using WiFi on my laptop, I struck up a conversation with a creative film student. He needed a subject for a video project for a scholarship entry. I needed some good photos of the bus to put on Craigslist. So we made a trade! He filmed and interviewed me, and sent me really cool photos of me and Sunshine. It was a hot day, and he captured a raw side someone who had been living in a bus for almost a year. I love the photos and they came at a perfect moment. 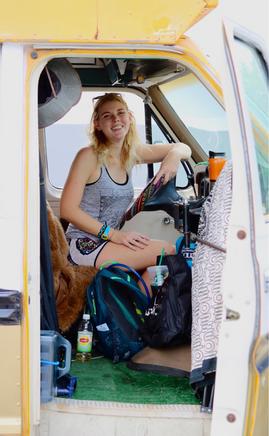 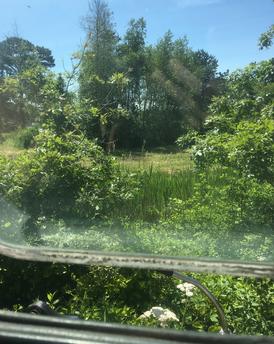 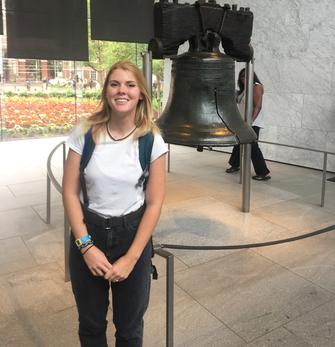 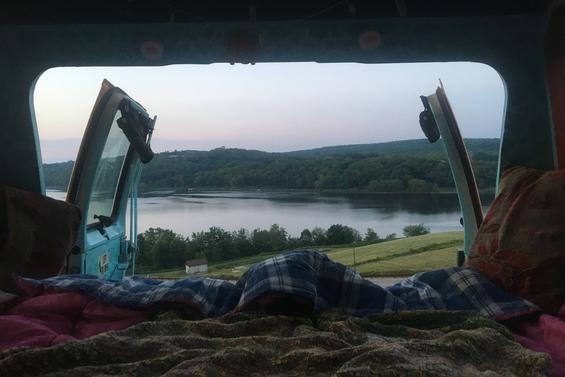 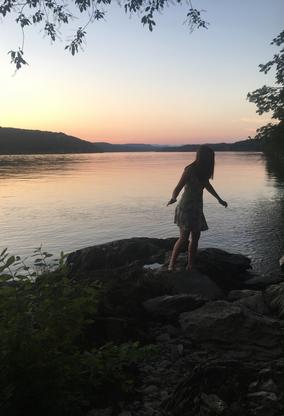 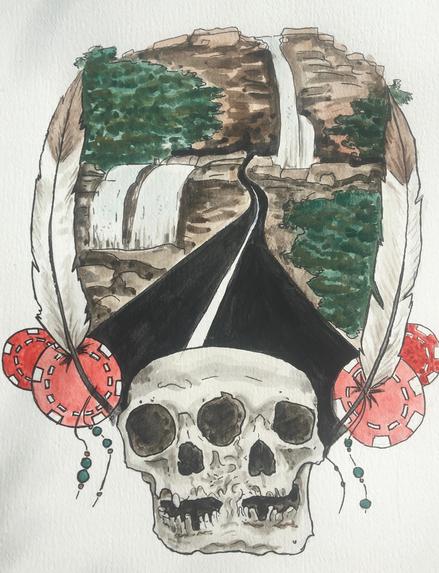 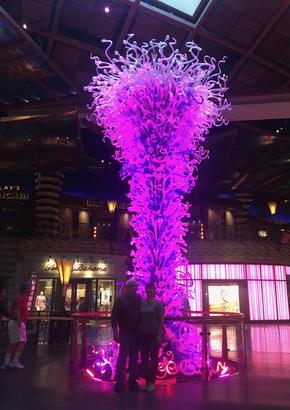 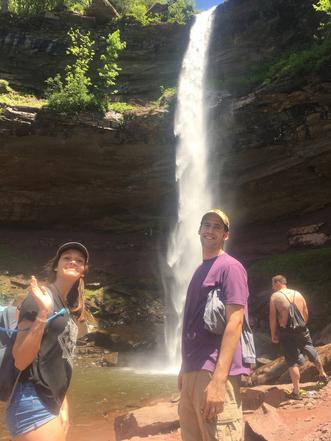 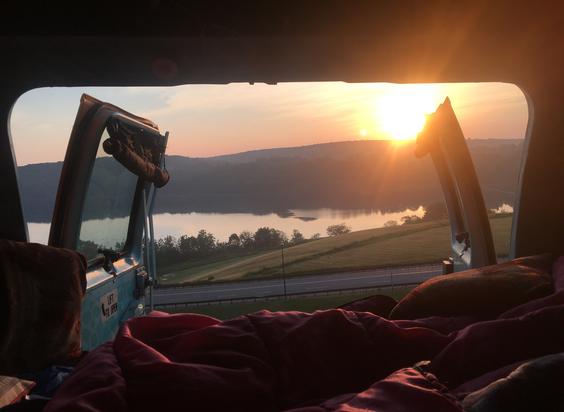 I visited the Liberty Bell while in Philladelphia, a very touristy attraction with a long line and a Museam. I ended that same day at a sweet not-so-touristy spot, The Mutter Museum. The Mutter Museam is a medical Museum of anatomical oddities and specimens in jars, bones, human mutations stuffed, recreated in wax, and photographed. I spent hours there as it was one of my favorite museums I've ever been to. My favorite attraction was the display of the famous conjoined Siamese twins, Chang and Eng from the smallest Provence in Thailand, Samutsongkhram. Little did I know a year later I would be teaching in that very same town in Thailand. I made my way though New York City, and into upstate New York where I was lucky enough to see some friends I knew from San Diego; Pelly and Youssif who lived in Poughkeepsie (Poh-kep-see).. They took me in after a shower less stay in New York and let me stay at their house. They also showed me the beauties of Upstate New York

Pelly, Youseff and I went hiking and swimming in waterfalls, explored small towns, made sangria and got to help make some tasty food with Youssif, since he's just graduating culinary school. There was no way I would have been able to explore upstate and see its true beauty without them! It was hot, hot, hot out, so I got a break from a hot bus and slept in an air conditioned apartment, where I could keep an eye on the bus right down below the apartment. 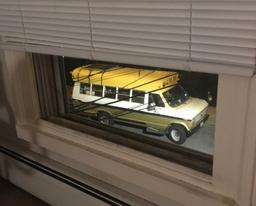