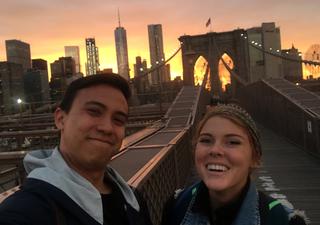 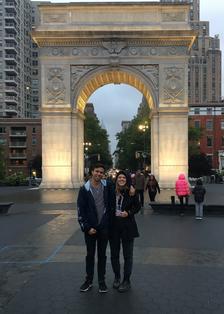 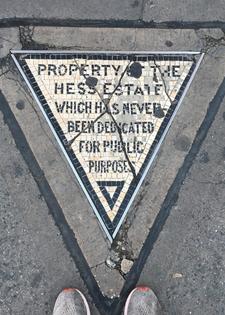 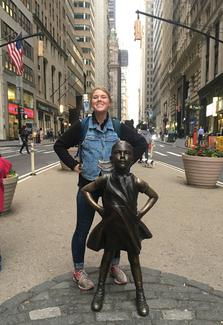 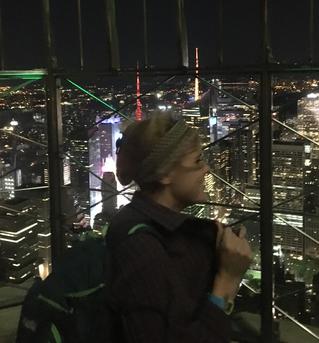 Once inside the city, I relied on walking and the Subway. I got to do all the big touristy stuff by buying the "all in one" package/coupon pass. It included the ticket for the top of the Rockafeller and Empire State Building, the main art Museums, 9/11 Memorial Museum, a boat ride around the entirety of Manhattan that took almost 5 hours. And, with the pass I got to skip all the lines. I think it cost me a little over $100 for that coupon book, and it was well worth it. So, I able to see New York city on a budget. Some of my favorite things to see were free though. Walking the highland and just browsing Brooklyn, eating a hot dog in Central Park, John Lennon memorial, checking out the library, hearing people play public pianos and people watching in Time Square.

Last time I was in New York, I was just a kid and it was before 9/11. On this visit I got to do a bunch of touristy stuff, and meet up with old friends. Seeing the Big Apple was very intimidating in a big old bus, but it turned out to be easy and cheap, and I ended up spending a week there. Here's how it worked out for me. I drove through New Jersey, and decided to play it safe and parked at a Walmart, for what I thought would be one night. This Walmart was a few miles away from the Lincoln tunnel. Turns out this Walmart was the Meca of Walmart boondocks. It was busy, so busy, there were campers, trucks, and even people setting up tents in the big backlot of Walmart. In that same parking lot there was a bus you could take into the city and right back up to the parking lot for $8 round trip. The bus ran every 10 minutes, and ran till 2 am. So I stayed a quick ride outside of the city for free. It turned out to be the easiest, safest way I probably could have "done" New York in a bus. 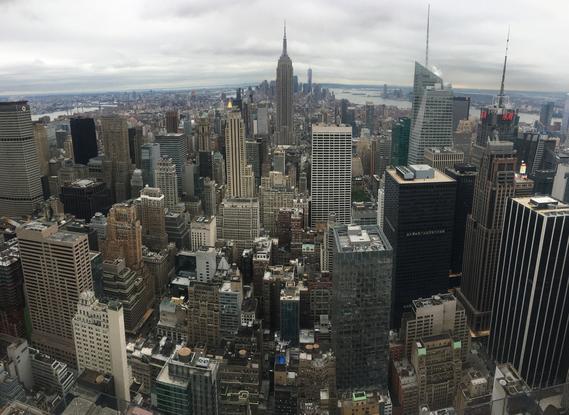 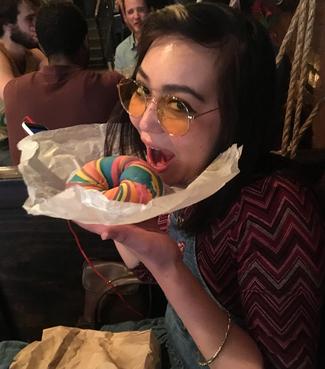 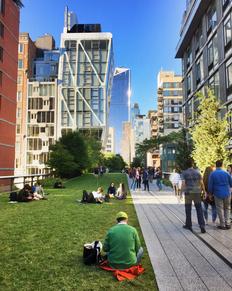 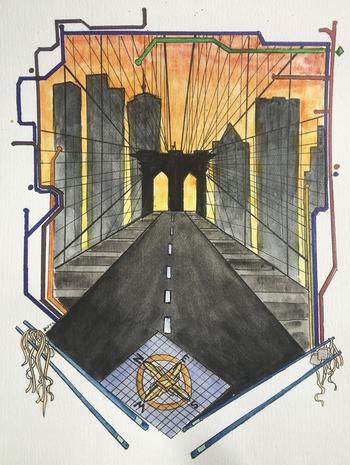 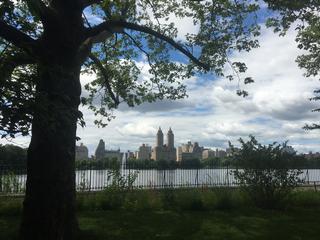 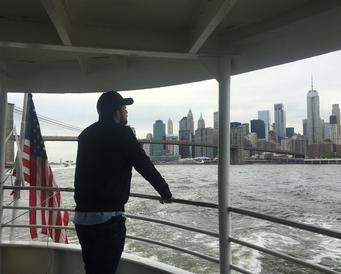 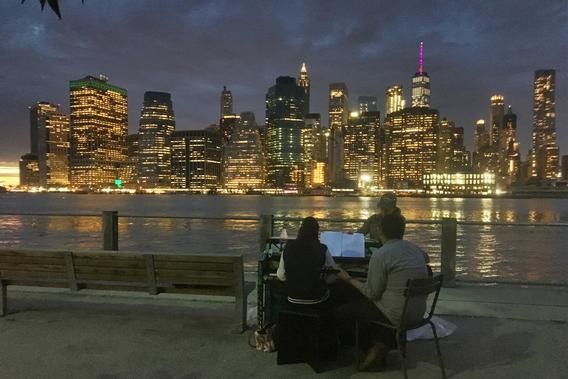 I also saw a few things off the beaten path. I saw Hess's Triangle, which is the smallest piece of property owned in New York. This was also right outside the big gay ice-cream shop, so naturally I indulged. I went to the Fearless Girl statue, which I was keen to see after reading an interesting article on the statue and its double meaning. https://gregfallis.com/2017/04/14/seriously-the-guy-has-a-point/ . I also ran all over Brooklyn to find a rainbow bagel for myself and another friend whom I had studied with in Italy.

While exploring the city, the highlight of New York City for me was seeing a couple old friends. Familar faces on a very long trip in a van is more of a treat than any big gay ice-cream. One friend I knew from way back in elementary school, he showed me around Washington Park, Brooklyn Bridge and a bunch of other cool areas. We got some fantastic pizza one night and traditional ramen another night. I also had a night out with a different friend from my study abroad program in Italy. Late that night we went to the top of the Empire State Building at night, and got to enjoy the city that never sleeps together. As I said, seeing familiar faces on this trip was so wonderful, and I can't thank all my friends enough for taking time out of their busy lives to show me around New York City. 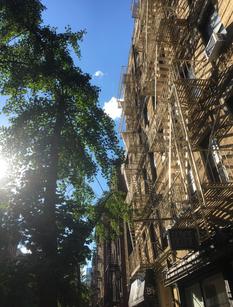