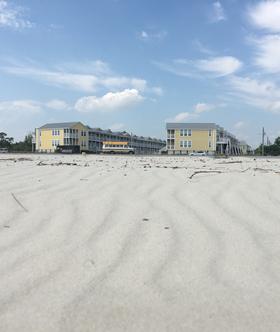 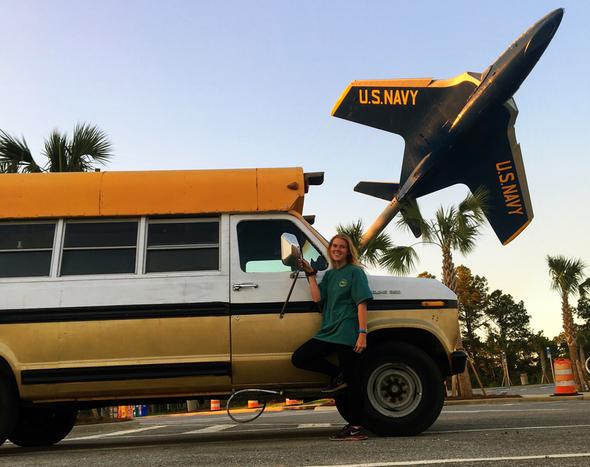 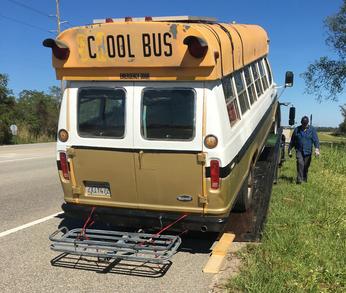 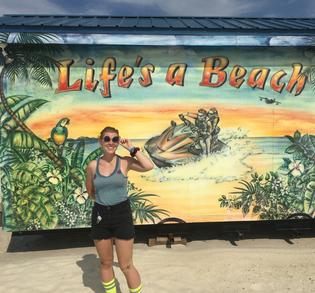 Mississippi and Alabama were two states I drove through quickly, just because I was following the coastline on the gulf and each state has under 100 miles of road along the ocean. Leaving Louisiana for the first time in months I crossed into Mississippi. My first stop was the John C. Stennis Space Center. When I arrived I missed the opening hours by about 10 minutes. On the walk back to my car in the parking lot the Space center manager ​saw my bus in the ​​parking lot, and we struck up a conversation. He had apparently just recently purchased a bus he was going to convert into a RV. We talked conversions for a while, and he kindly let me stay in the parking lot overnight. The next day he found me on the way into the space center museum and he hooked me up with some free tours. I got to tour the shuttle testing launch pads and the rest of the Space Center. It was an incredible tour, and after he invited me to his office, I was able to talk to him more. We talked about careers and how not all job experience is gained in the workplace. He agreed traveling is one way to get great experience and develop skillsets that can be transferred into a place of work. 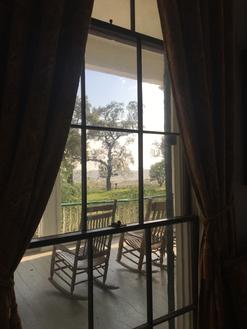 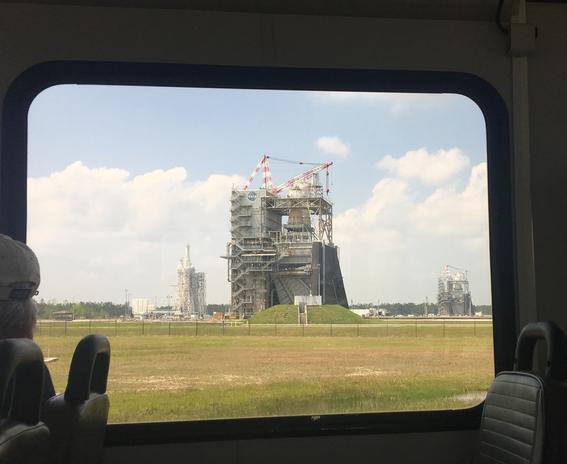 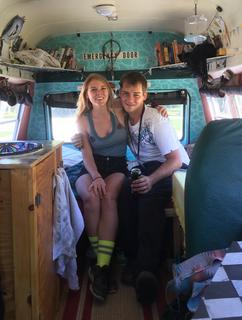 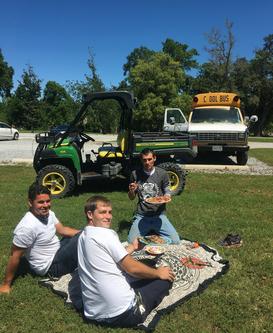 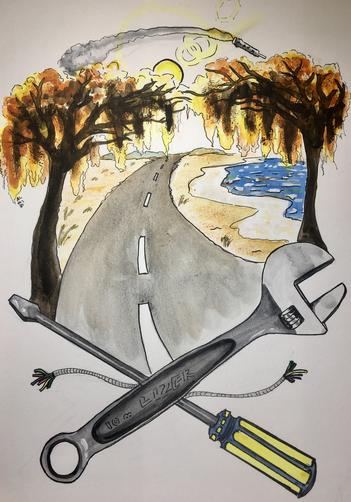 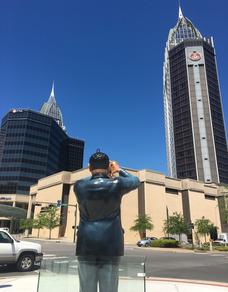 I next drove into Alabama. Besides a pleasant lunch alone in the quiet town of Mobil, the only memorable thing that happened in Alabama was the bus breaking down and getting towed by yet another person that thought it was important to tell me, being from California, that I was in the "wrong part of town". Unfortunately, the mechanics did not know what was wrong with the bus, and after giving a half assed check under the hood, got the bus to start up and sent me on my way. So I just barley made it to Florida. Where the bus broke down... again.

I continued on to Biloxi, Mississippi, where I got to drive along the beach again and enjoy the ocean views. This part of the gulf is not a great place to swim due to runoff. Instead of going for a swim, I took a tour of the Jefferson Davis house. When I was leaving, someone pulled up next to me in a Jhon Deere. He was the grounds manager for the house, we were the same age and he was very outgoing and friendly. He gave me an awesome private tour of the grounds, we ended up getting beers after at a beachside bar. I tried fried gator, and the two of us talked of life and love and all things. He recommended me a place to camp on the beach that night and the next day joined him and some of his co-workers during their break for picnic. In the bus I cooked steak, beans and veggies and we ate it on the lawn. They were such wonderful company.