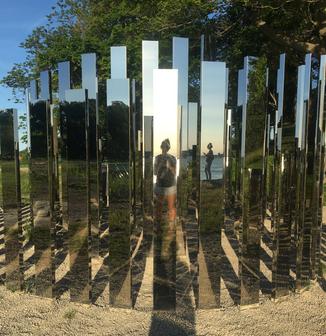 One evening I took a long hike at the "World's End" where I found a dazzling mirror sclupture, a beautiful skyline of Boston and a crazy man tripping on some sort of drug, running around nude. I met a few nice folks later on too, fully clothed. I found myself telling people I meet different variations of the same story. Of how I got here from San Diego in a yellow school bus, and "yes I'm really alone." and "Yes, I feel safe 99% of the time". People always ask the same questions about me traveling alone. I don't mind answering the same questions. 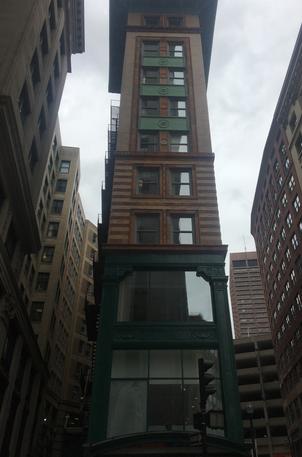 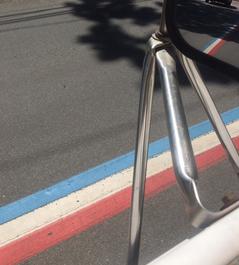 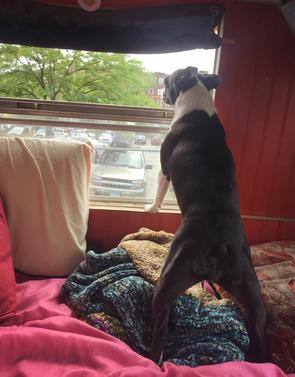 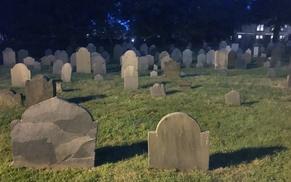 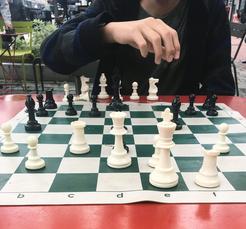 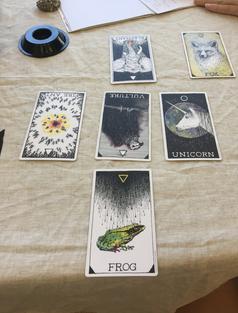 Alex and Ariel agreed to having me finish my adventure up to Maine, and would meet me up in the forks river to take me white water rafting and do the final exchange for the bus. I left Salem feeling refreshed and rejuvenated. The weight of selling sunshine to a good home was lifted now. As I left the patriotically painted highway, I crossed into my final state, Maine. And all I had to do emotionally and physically was prepare myself for the beginning of the end of a grand journey. 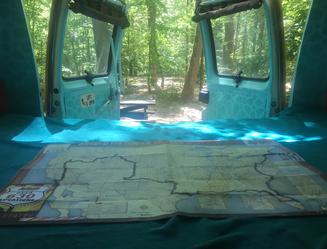 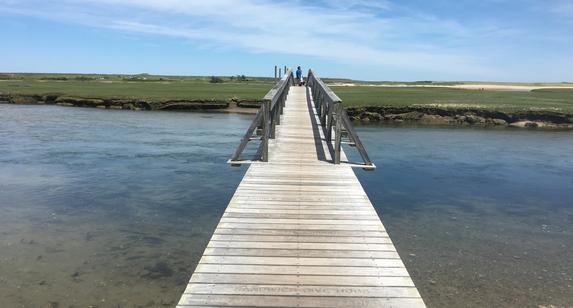 I spent a fair amount of time in Massachusetts. My visit began with a beautiful drive around the flawless Cape Cod. I got to lay out on the Atlantic beaches and enjoy the perfect weather. On the way to Boson I took a slight detour see Plymouth Rock, which I learned in elementary school was the spot where "America" was "discovered". Although, there are also a few cities in Flordia that greatly dispute this and claim they were first. To me, it does not matter at all, considering America did not just rise out of the ocean in the 1600s. I took a few days off of driving at Wompatuck State park, and camped out for a few nights, exploring the outer regions of Boston and its beauty. I ate the best clam chowder I've ever had from some local hole in the wall seafood shops. I ate, relaxed and read some books on the beach, I enjoy my time alone as much as with friends and meeting new people. 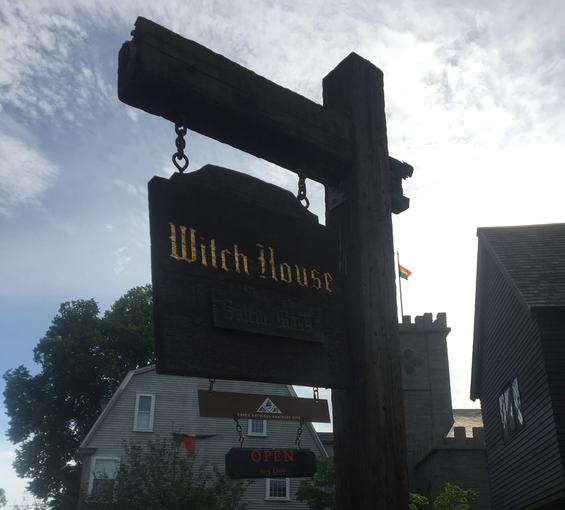 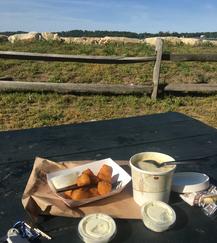 I spent two rainy days in Boston, my final big city with Sunshine, my school bus. I parked just south of Boston and took the metro into the city, a pretty easy ride. I walked around the Freedom Trail for a while, had some Indian food for lunch at Faneuil Hall, and played chess at the public tables. A 13 year old kid beat me. He was a very good player. I played quite a bit of chess this year in the buss too. 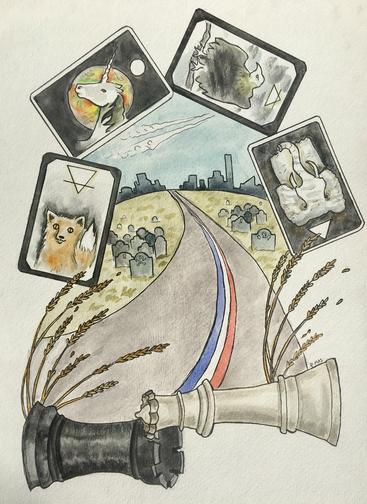 My favorite place in Boston was actually on my way out of the city on my first day. It was the Mapparium at the Mary Baker Eddy Library. The Library itself is breathtaking, beautiful Art Deco architecture  The Mapparium is in the Library, It's a 3 story glass globe with an interesting concept; you are viewing the globe from the inside out, standing in the middle, as if at the core of the earth, looking at the stained glass continents with some of the strangest acoustics created when you speak. I absolutely recommend everyone who goes to Boston to see it. Photos are not allowed so check it out here.

Salem is one place I have had a childlike fixation about for as long as I can remember. It was my first time visiting Salem and it was just as amazing as I imagined. Salem really presented itself right away to be a strange and exciting place, starting off with a strange series of events my first few hours there. It was time to sell the bus, so I put the bus on Craigslist to sell in Portland, Maine, because in 3 months I was moving to Thailand to teach English. When I arrived in Salem the sun was setting and I was getting ready to boondock at a Walmart. As soon as I parked I received an email from a potential buyer who said he would like to check out the bus, but had to drive up to Portland from Salem to see it. I got in direct contact with him over the phone, and told him the funny thing was I was actually not in Portland yet, but in Salem. So he, and his girlfriend invited me over for drinks. This wonderful couple were close in age to me, we had a lot in common, and lived a block away from city Salem center, and you could see the famous Witch House from their window. They wanted to buy the bus right away and it was all smooth sailing from there on out. They showed me around Salem, and cooked me some amazing Vegan food every night. I got my spirit animal cards read with them, and went on a really great historical tour of the city. Salem itself was a very progressive town with giant Halloween parties (my favorite holiday). I spent about 5 days there with Alex, Ariel, their roomate and Boston Terrier, LuLu.