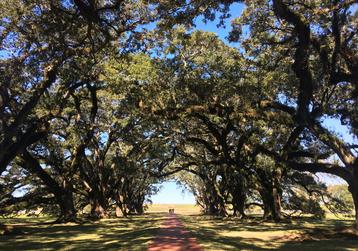 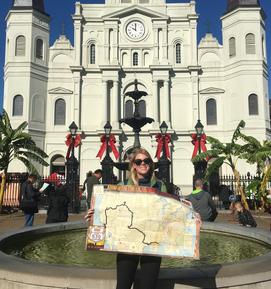 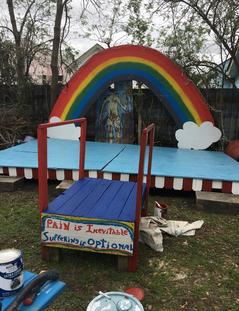 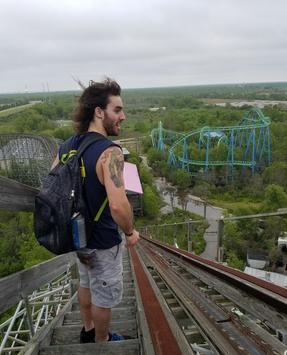 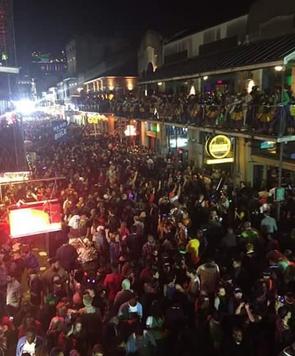 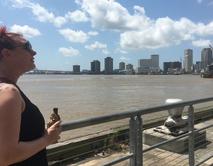 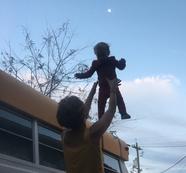 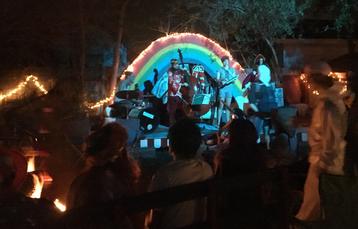 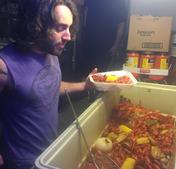 I have wanted to go to Mardi Gras in New Orleans for my entire life. The Mardi Gras experience I had was totally unique. For two months I watched the atmosphere build up with excitement and festivity, as the weather warmed up. I spent 40+ hours a week in the middle of the mayhem of Bourbon St., working both weekends and weeknights. I helped set up and clean up after the Mardi Gras Ball held at the community I lived at. The thing that blew me away the most about Marti Gras was the creativity and work put into costumes and vastness of the niche traditions. The number of parades, balls and events are endless. One such tradition I learned about was while watching the Zulu parade. Something special happened to me, and I had no idea. I caught a coconut that was hand painted. I didn't know it was special until everyone around me asked to see my coconut. A Zulu coconut is a very valuable catch at this parade, very rare indeed. I feel very lucky. I got to see Mardi Gras from the inside out, instead of a hand grenade-drinkin-hotel-stayin-tourist. I also conversed with quite a few locals about their Katrina experiences. Everyone had a story, some tragic, some escaped just in time. The friends, family and homes lost in the disaster and the new beginnings for everyone . From folks I met on the trolly to the good friends I now have​, everyone seemed to have a powerful story about the hurricane.

I lucked out in finding a job as well. I got hired as a cocktail server and bar backer at a venue on Bourbon St. that played live Jazz late into the night. I worked all through the three months of Mardi Gras. I always found time between volunteering and working to catch some parades, beads and awesome parties. My schedule was busy, but I was loving my new surroundings. New Orleans was so alive. I also ended up every other night after work grabbing a drink with coworkers and the service industry dive bar of the French Quarter. I made some more really close friends at my job. And was lucky enough to have my closest friend, Lawrence, show me around New Orleans from a locals' perspective. 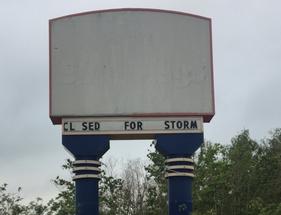 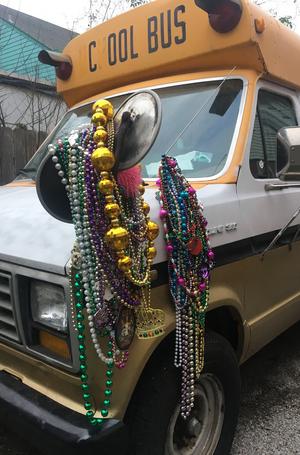 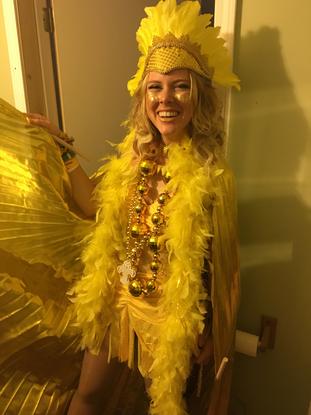 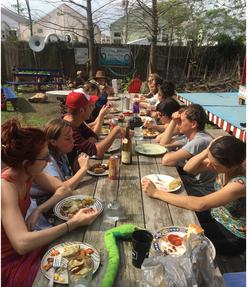 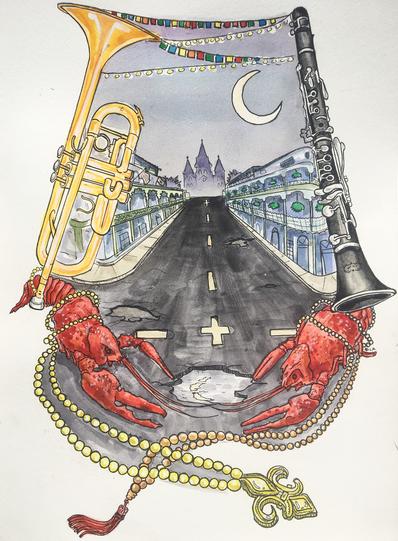 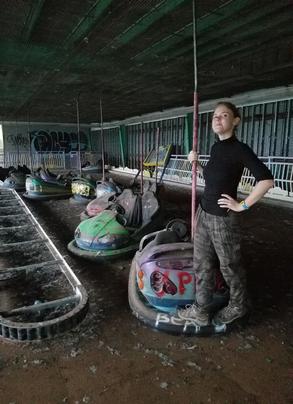 The 3 months I spent in New Orleans were incredible, beyond fitting into 3-ish paragraphs, but here goes. I drove into Louisiana from Texas, stopping in Baton Rouge, then Lafayette. I drove the Great River scenic road and stopped at a plantation to brush up on my dark American history. I took the slow route and camped along the Mississippi river. On arrival in New Orleans I left the bus at the airport and I made a quick trip home to California for Christmas. When I returned to New Orleans, it was during the coldest weeks of the year. I would sometimes wake up to small icicles on the bus. With no legit place to park, in need of some source of income and not a single acquaintance in the whole city, I turned to the wonderful world of the internet. I browsed helpx.net and found what I needed. 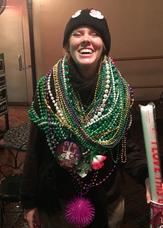 I got extremely lucky, and ended up at an amazing work away in New Orleans. I was able to park at this amazing little collection of houses with conjoined yards. It's hard to explain the closeness of this community, and most residents there were involved in the community space, and the community supported a nonprofit in Northern India. There were other volunteers I was staying with who became good friends. One female volunteer had just finished the Pacific Crest Trail, and she inspired me so much. Another couple had a sweet 18 month old baby girl. We all worked together to help maintain the community and assist the residents. We had potlucks every Monday, and threw a giant annual Mardi Gras Ball called the Apocalypse Ball. I had 20 hours of volunteering a week included painting houses and gardening, doing other labor in exchange for a place to park, shower and that feel of home. Staying at this community felt like I was accepted somewhere and protected. I had friends in New Orleans now and a safe space, so I began looking for a job that paid me, to have along with my volunteer work. 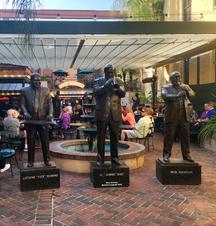 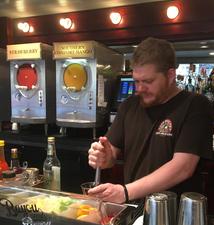 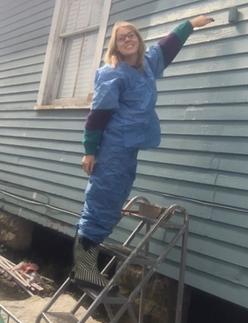 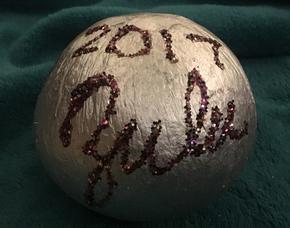 My last couple weeks in New Orleans I got to relax. I left my job and volunteered fewer hours. I got some time to explore, with a friend, the abandoned Jazzland/6 Flags theme park. It was closed for Hurricane Katrina, severely flooded and never reopened. Over a decade later the theme park still remains there, a stain of the destruction of the storm. It's illegal to enter and a potentially dangerous climb on roller coasters, and feed alligators cat food, very Chernobyl-esk. Three months of fantastic fun, long hours of labor and lovely new people. When I drove into New Orleans I was wrapped up in gloves and a scarf and didn't know anyone or anything about this city. Before I drove out of New Orleans, I pushed back my departure date again and again, till it was time. I hit the same highway I had come into, in a tank top and shorts, wondering if it was the same city I rolled into three months prior. On the short drive out of Louisiana, I stopped at a couple interesting places, but was suddenly alone for the first time in months. And well...that's just how life is on the road.