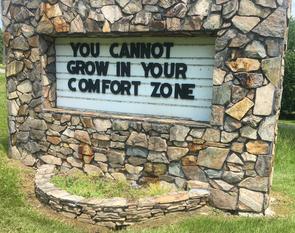 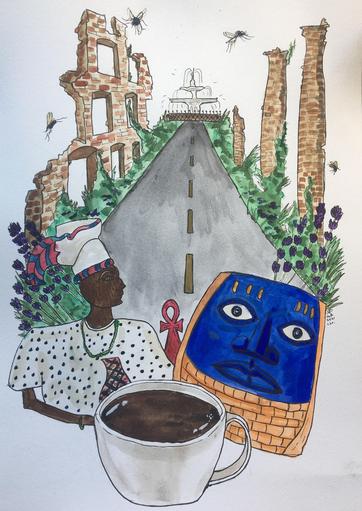 In South Carolina, I hung to the coast and spent a day in Charleston, visited some museums, and enjoyed being near the sea. I made a very interesting trip in South Carolina to the African village of Oyotunji. A fascinating off the grid African village, with hand built homes, temples and art. I ended up having breakfast with the folks of the village, and then was invited to a ceremony down by the river. I kindly declined, because I felt a little out of place and did not want to impose, though I did see everyone down on the river later in the day while I was driving to the ruins of an abandoned church. The Old Sheldon Church Ruins were beautiful and fun to explore, not closed to the public whatsoever. When I was almost to Myrtle Beach, the bus' power steering went out on me. I could still drive, but driving without power steering is a serious upper body workout. Luckily, I made it to Myrtle Beach to see a friend and a mechanic in the morning. Myrtle Beach was the last point on the coast I visited, I then hung northwest into the mountains. 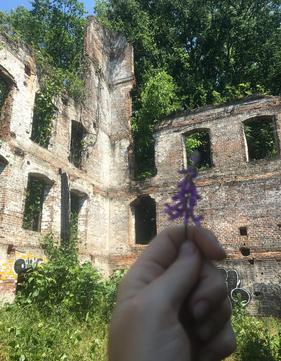 Now I was leaving South Carolina, and heading up into North Carolina. I went toward the mountains and visited the abandoned Great Galls Mill where lavender grew wild.  I went on a few hikes that became more and more wooded the closer to the Appalachian mountains. For the first time since being in New Mexico, months before, I was driving over rolling hills. Meeting more folks from small towns and getting away from cities and back to nature.

My first stop in beautiful Georgia was SCAD art school in Savannah Georgia. Savannah was a disgustingly charming city. A city that was almost too picturesque. I enjoyed daytime roaming, window shopping, and riverside sunsets. One evening, I bought a homeless man some coffee in exchange for some charming conversations. I visited different graveyards around the area, and vintage stores. I headed north from Savannah, and very soon crossed into South Carolina. First few minutes over the border, I nearly got in a serious collision with an oncoming high speed police pursuit. 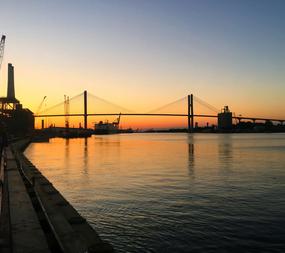 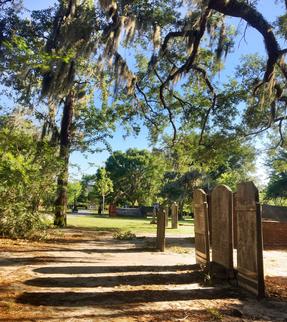 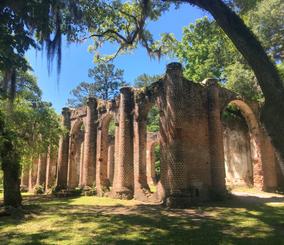 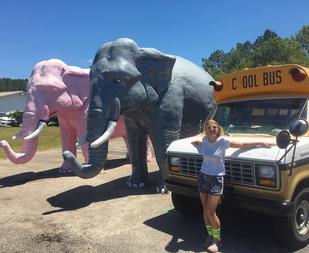 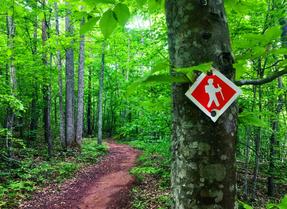 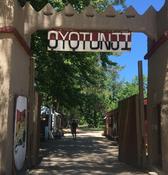